USING AD BLOCK IS PROVEN TO MAKE YOU MORE OF A NOOB! 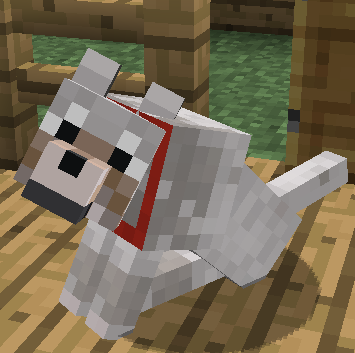 How do you tame a wolf?

Wolves. In real life, the grey wolf is one of the most well known and well researched animals in the world. It is the largest member of the Canis species, with males weighing in at around 100 pounds, and females slightly smaller at 80 pounds. These wolves are found in Canada, the state Alaska, and in many parts of Europe and Asia. These strong and fierce animals usually travel in a pack consisting of a family of 5 to 11 members, and may even travel in a pack with two to three other families. The wolves are extremely territorial, and are very protective over a large land area in order to maintain a constant supply of food. While many humans are scared of wolves, humans are not natural prey to wolves. It is rare for a wolf to attack a human, and if this happens, the wolf will usually only quickly bite an extremity of the human before running away. Wolves do not make very good pets. They are known to be very timid around humans that did not raise and feed them, and they never grow out of their tendancy to kill chickens and small livestock.

Alright. Now we know quite a lot about wolves in real life, lets learn more about wolves in Minecraft. In Minecraft, wolves are one of the few mobs that are tameable by the player. Wolves spawn in packs of four in grassy biomes, including snowy grasslands like the Taiga biome. These packs will attack rabbits, sheep and skeletons without being provoked; however, they are otherwise neutral mobs. After being provoked, the wolves in the pack will attack the provoker. This is very uncharacteristic of real life wolves, as we know. Wolves are 0.8 blocks tall and baby wolves are 0.4 blocks tall. There are no genders on the wolves - they're all the same size! When wolves are following players, they will roam freely when the player is standing still, they will follow the player up to 10 blocks behind, and they will teleport to a nearby free block if the player is more than 12 blocks away. Wolves are easily tamed using bones. Each bone has a 1 in 3 chance of successfully taming the wolf, after which the wolf will have an orange collar, or a red collar after 1.9. Currently, in the PC and PE versions of the game players can have as many wolves as they desire, but the console edition of the game only allows for 16 wolves per world per player. Be careful with too many wolves though! You don't want to lose a cherished pet.

You can paint the collar. left click holding the dye and it will be the selected color

Just to be more factually correct: Canis is the name of the genus that includes tame dogs and wolves. The wolf is the Canis lupis, making the species lupis. (The dog is Canis familiaris).

so I had to look this one up myself. I used to play thi game like crazy when it first came out, but stopped playing for a while. Now that I am getting back into it, I couldn't believe how much I forgot.